Change of Generation in Überlingen

On 1 March 2019, Raimund Wilhelmi handed over responsibility as managing director of Buchinger Wilhelmi Bodensee clinic to his son, Leonard Wilhelmi. Management of the renowned fasting clinic has now been passed on to the fourth generation of the family.

After 40 years in the company, including 34 years as managing director of the clinic on Lake Constance, the grandson of clinic founder Dr. Otto Buchinger has handed over its management to focus on other projects. However, Raimund Wilhelmi does not intend to stop working in the clinic entirely: He will remain in the family business as President of the group and Chairman of the Advisory Board, and continue to offer strategic advice.

During his time as clinic director, Raimund Wilhelmi adapted the clinics on Lake Constance and in Marbella to the needs of the changing times, and established them as globally leading clinics for therapeutic fasting, integrative medicine and inspiration.

Talking about the forthcoming change, Raimund Wilhelmi sums up:

“Looking back at the last 40 years, I am proud that we have managed to position the two clinics as market leaders, with scientifically proven therapeutic services and worldwide recognition. My son Leonard studied in St. Gallen, successfully established a social start-up and has gained a wide range of professional experience, not only within our clinic. He can offer the clinic a fresh perspective and new inspiration.”

Leonard Wilhelmi is looking forward to managing the clinic, which was founded in 1953 and is now in the fourth generation of the family:

“More and more people with responsibility in their job and family want to lead a long and healthy life. The latest scientific research has shown that Buchinger fasting can be a unique instrument to achieve this. I am proud to be able to help our international patients to achieve a healthy and happy life, and am looking forward to the challenge!”

Raimund Wilhelmi was born in Bad Pyrmont in 1949 to Maria Buchinger and Helmut Wilhelmi. After studying Law in Berlin and Hamburg and Psychology in New York, he began working in his parents’ clinic in 1979. After his father’s death in 1985, he took over management of the clinic and became President of the Administrative Board of the clinic’s dependence in Marbella. He took his grandfather’s comment to heart, who said that the Buchinger method was ideal for now, but that he considered new developments to be possible and desirable in the future. He recognised early on how people’s needs change over the course of time, saw the opportunities offered by globalisation and medical progress.

Together with his wife, Dr. Françoise Wilhelmi de Toledo from Geneva, and his team, he continued to enhance the clinic and the method. Under his aegis, both clinics grew with new rooms, new four and five-star residences were built for international clientele, digital detox and numerous other services and treatments from all over the world were introduced and adapted to the Buchinger method.

It is also thanks to Raimund Wilhelmi that the clinic recognised the significance of psychological aspects in the progression of a disease, and supplemented its therapeutic team with psychologists – something completely new at the time. Psychotherapy, as well as a wide-ranging cultural programme in three languages, are now part of the programme at Buchinger Wilhelmi.

Leonard Wilhelmi, the younger of Dr. Françoise Wilhelmi de Toledo’s and Raimund Wilhelmi’s two sons, was born in Scherzingen in the Swiss canton of Thurgau in 1987. After graduating from boarding school at Schule Schloss Salem, he did internships at Charité hospital in Berlin and with Prof. Dobosch at Essen-Mitte clinic.
In 2015 he successfully completed his master’s degree in International Business Management at the University of St. Gallen (HSG) after a semester abroad at the University of Southern California in San Diego.

In 2013, he and a fellow student were awarded funding by “Startfeld”, an innovation network, in the area of “Social Enterprise” for their start-up Gartengold. Gartengold works with disadvantaged people and people with a disability to produce apple juice from unmanaged trees in Eastern Switzerland, and is still going strong today.

After various internships, including at an international management consultancy, he started working at a listed telecommunications company in 2015. He took part in internal junior development programmes and led a project abroad in Istanbul, among other things.

Read the article in Handelsblatt on the change of generation here (in German). 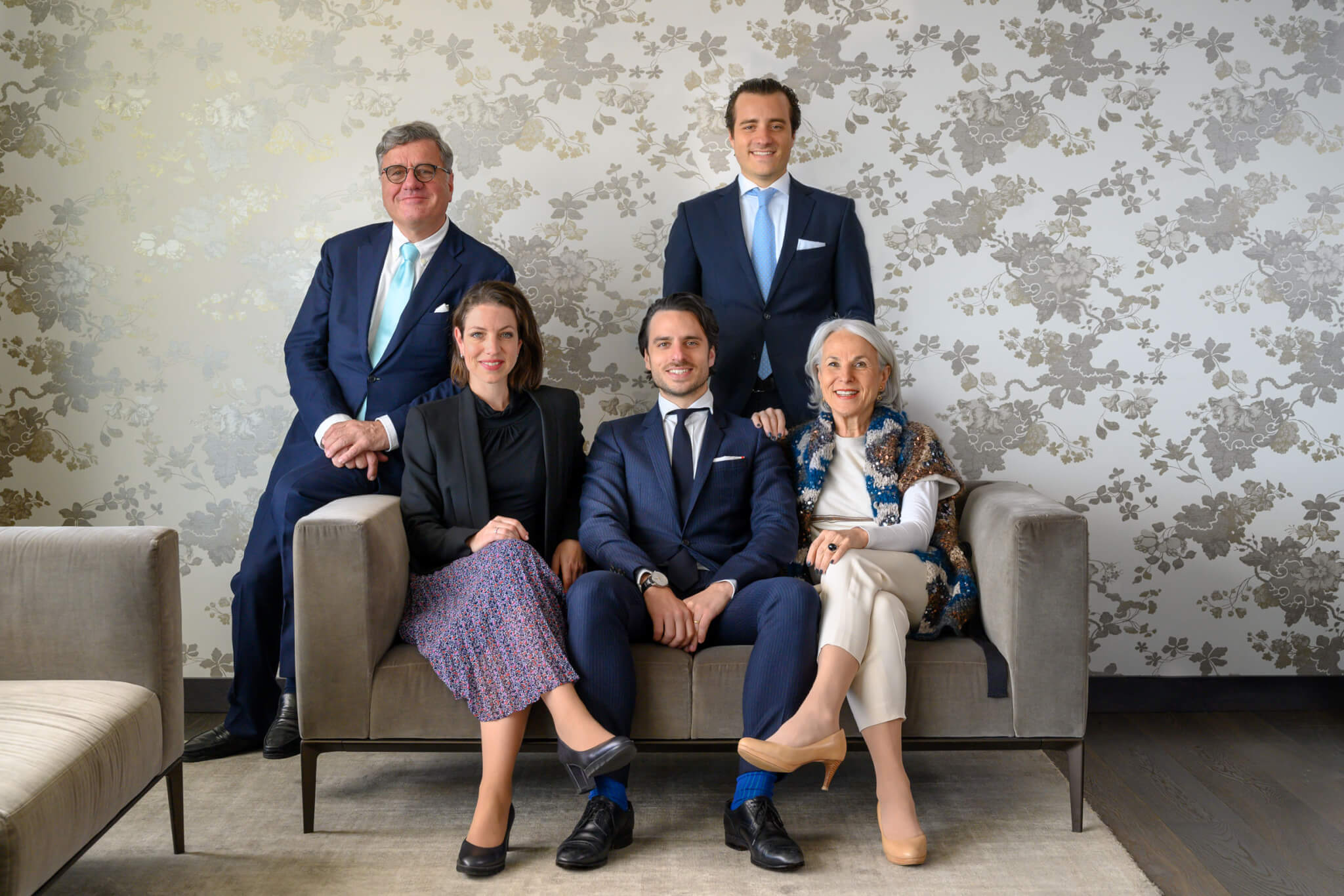 Thank you for your interest in our newsletter!

We would be delighted to send you news on Buchinger Wilhelmi.

You will shortly receive an e-mail from us with a confirmation link. Please click this link to complete your registration.

You may withdraw your consent at any time. For more information regarding the content, the logging of your registration, dispatch via the US provider MailChimp, statistical evaluation and your options for der unsubscribing from the newsletter, please see our privacy policy.